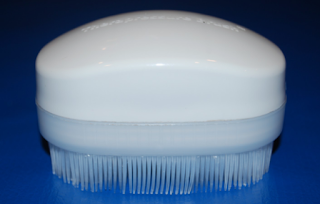 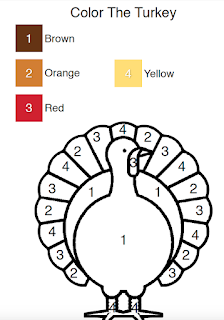 Here are several free Thanksgiving coloring pages! Coloring is a wonderful way to improve a variety of different skills.  Fine motor skills and dexterity are required to hold and manipulate a crayon.  If the child doesn't use her thumb and fingers to hold the crayon, break the crayon into small pieces.  Coloring on a vertical surface using a small piece of crayon promotes a tripod grasp and finger flexion and extension, which are desirable!

Click on the following links for the free Thanksgiving coloring pages.

Color the Turkey
Posted by Anne Zachry at 9:55 AM 2 comments:

Email ThisBlogThis!Share to TwitterShare to FacebookShare to Pinterest
Labels: Coloring Inside the Lines, Fine Motor Activities 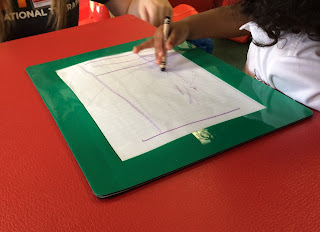 Do you know a child who is unable to stabilize the paper when writing? I’ve worked with a number of clients with hemiplegia who struggled with this issue. We tried a variety of approaches, including using a paper weight, taping the paper down,  and using a clip board, but none of these options were ideal. Fortunately, there’s a solution! The StayPut Mat!

When your client is unable to stabilize the paper when writing, try the StayPut Mat!  This is a non-slip drawing mat that stabilizes letter-sized paper for writing.  It’s has lightweight magnetic frame, and it’s durable, portable, and easy to use.  I love mine!  It's the perfect tool to add to your therapy bag!

For more information, visit www.stayputmat.com, or you can purchase one by clicking HERE!