As I wrap up this series on sensory processing, I’m going to talk a little about some of the “terminology” that is used in the classification of the particular subtypes of Sensory Processing Disorder (SPD). Each of the subtypes has particular characteristics/symptoms, and it is important to remember that most children with SPD don’t fall neatly in to one classification. Most have a combination of symptoms from the different subtypes. One term that is important to know as you start to read about the subtypes is “registration”.  Registration means the awareness of incoming sensations from the environment. Someone who under-registers sensory input (such as auditory, visual, touch, pain, and/or movement) needs more of that input in order to be aware of it. For example, if you under-register input, it is sort of like you are wearing gloves, earplugs, or sunglasses, etc.

If you over-register input, the input seems much more intense than it actually is. Sensory defensiveness falls under the category of over-registration, for example, touch can feel painful, and one can be over-aware of sounds and light.

A list of the subtypes of SPD follows with a brief description of each:

Sensory Over-Responsivity- A child with this subtype “over-registers” sensory input, and is easily overwhelmed by input, such as movement, sound, touch, smell, and taste. The body reacts by developing a fight or flight reaction. If the child develops a “flight reaction”, they might be classified as “sensory avoiding”. In that case, the child often attempts to control the amount of sensory input coming into his system, by withdrawing or holding hands over the ears).

Sensory Under-Responsivity- Children with this suptype “under-register” input and often appear lethargic. In school, these children may slump in their desk, and may not sense pain, pressure, or temperature as others do, but despite this, they will not crave or seek out sensory input.
Sensory Seeking/Craving- Children with this suptype also “under-register” input, and need or crave deep touch or pressure in order to “feel” input. These little ones often demonstrate behaviors such as pinching, biting, and hitting in order to seek out sensory input.

Dyspraxia- Praxis is the ability to plan out action for motor activities. With dyspraxia, a child has difficulty planning, coordinating and recognizing new or unfamiliar movements, and often appears clumsy and has difficulty sequencing any new motor movements.

Postural Disorder- A child with this subtype has low muscle tone throughout the body, and weakness in the core muscles, such as the trunk, shoulders, hips and back. These little ones often find it difficult to sit up straight in their desks at school and pay attention to task.

Sensory Discrimination Disorder- Children with this sub-type have difficulty recognizing and interpreting differences or similarities in specific types of sensory input. For example, they often have trouble distinguishing between similar items such as a nickel and dime, or a ping-pong ball and a golf ball.

As I said earlier, most children diagnosed with SPD don’t fall neatly into one of these subtypes, but exhibit certain symptoms from one or more of the categories. The most important thing to remember, is that dealing with SPD on a daily basis can affect one’s quality of life, and interfere with the ability to engage in the classroom activities, which impacts learning. If this is the case, it’s time to seek out a therapist trained in the treatment of SPD. 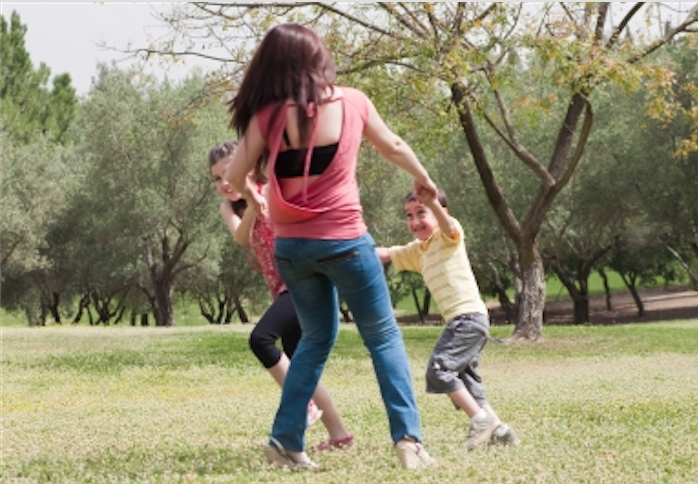 AND, the winner of the 2-CD "Calming" set drawing is....Martianne! Congratulations!!!
Posted by Anne Zachry at 3:54 AM