How early can ADHD be recognized?

How can a parent know if their 3 or 4 year old has an attention problem? Is it possible to recognize Attention Deficit/Hyperactivity Disorder (ADHD) before a child starts to grade school? Dr. Mark Mahone, director of the Kennedy Krieger Institute in Maryland says yes. He feels that it is important to identify ADHD as early as possible because of the impact that it has on a child’s academic performance in school. Interestingly, warning signs of this disorder frequently appear in preschool, around age 4. By school age, the Centers for Disease Control reports that one in 11 school children have been diagnosed with ADHD. 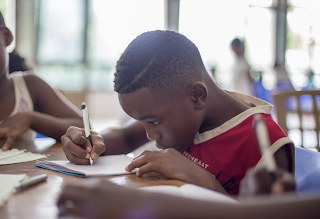 The following early signs are associated with ADHD.

Of course, any time a parent has concerns related to their child’s development, they should consult with their pediatrician.

Email ThisBlogThis!Share to TwitterShare to FacebookShare to Pinterest
Labels: ADHD