OCCUPATIONAL THERAPY: It's the Little Things that Make Life BIG. 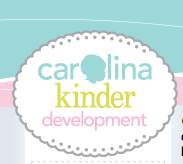 Some of the best parts of being an OT are the intangibles that rarely even get documented.  Yes it’s a joy to see a baby go from having a severely flattened head with mandibular and eye misalignment to being a-okay!  And yet, what strikes me so often is the beauty of the birth of a parent that I am privileged to see.  When I first laid eyes on Eugenie in our waiting room, he was 8-weeks old and asleep in his car seat with the sweetest little tilt to his head and a yellow hat on his head.  When I asked his parents to take him out of his car seat a look of fear washed over their frazzled, tired demeanors.  Move Eugenie when he is sleeping?!?!  It seemed an outlandish idea to them.  I understood why when they took him out like he was a fragile piece of china and he cried, and cried, and cried, and cried.

When they removed his sweet little hat I could feel the tension and fear and guilt in the room, as his mom stated: “He’s perfect!” Dad gently said, “Honey, I think we need to see the measurements!”  Meanwhile Eugenie is continuing to cry, and cry, and cry.   They attempt to feed him and change him and rock him.

I ask if he likes to be swaddled and they said no.  I asked if it would be okay if I gave it a try.  They were very open to anything that might stop the crying.  Between swaddling him and rhythmically bouncing with him on the ball, we were able to get him calmed and thus began our work together.  We talked about baby gear and how most of it wasn’t good for Eugenie or his developing sensory system.  Eugenie had quite a case of torticollis and plagiocephaly.  I dipped in to my NDT, myofascial release, developmental, sensory processing, and many other toolbags.  And I encouraged his parents when things plateaued and the going was tough.

After many months Eugenie had a head within normal limits including jaw alignment. He was able to use both of his hands equally and well, he could roll in all directions, and he could fully visually explore his environment.  All of that is awesome!  It is however, looking at the impairment level only and looking only at the baby.

But you want you know what brings me joy as an OT these days?  It’s the parents’ growing sense of confidence in being able to handle their baby.  It’s the beauty of the parents being able to take in information and decide how much therapy he needed during each phase and whether or not another cranial band is in order after he outgrew the first.  It’s overhearing them in our bathroom as they are changing his diaper saying “It’s so great to be able to understand what he needs now when he cries!”  It’s the glow in their eyes as they gain confidence and began to sleep again at night and remember all the reasons they wanted to create this family together.  It’s the laughter as they reminisce about those early days.  They are enjoying their occupations as parents!  They are engaging in Rest and Sleep and Work and Play.  All of this is done in new ways since Eugenie was born and has needed so much therapy and help at home. 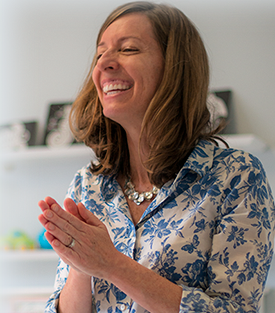 Susan Klemm Slaughter, MS, OTR/L is the founder and owner of Carolina Kinder Development. The juxtaposition of her analytical skills with compassion and creativity from dual degrees in civil engineering and occupational therapy has allowed Susan to develop her practice into the national model it is today. Please click here to read more about Susan Slaughter.